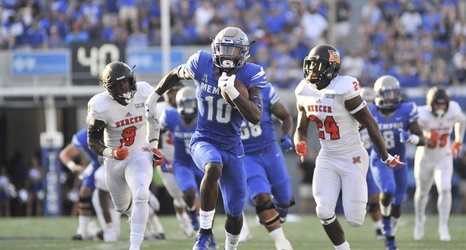 MEMPHIS, Tenn. -- Brady White threw for two touchdowns, Kenneth Gainwellscored three and Memphis' defense smothered Southern in the second half to pull away to a 55-24 victory on Saturday.

The Tigers (2-0), leading 27-17 at halftime, scored 21 third-quarter points and held the Jaguars to only 15 yards total offense in the second half.