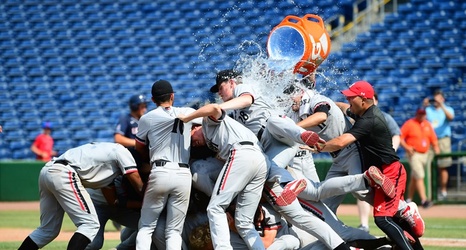 The seventh season of American Athletic Conference baseball opens Friday (Feb. 14) as all nine teams are in action in non-conference play.

In 2019, ECU (47-18) capped another strong year for the conference after advancing to its fifth NCAA Super Regional and second in four seasons (2001, 2004, 2009, 2016). The Pirates were one of three American teams to book a bid to the NCAA tournament, as UConn advanced to the final of the Oklahoma City Regional and Cincinnati, the 2019 American Tournament champion, competed in the Corvallis Regional, punching a ticket to the national tournament for the first time in 45 years.