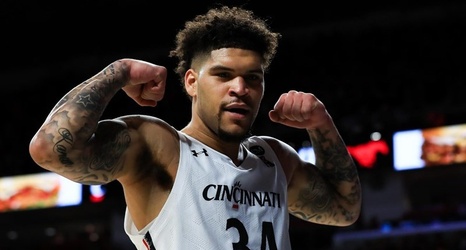 Cincinnati, who shared The American’s regular season title with Houston and Tulsa, had two members on the first team, including seniors Jarron Cumberland and Trevon Scott. Cumberland was the 2019 American Player of the Year and was also named to the first team in 2019.