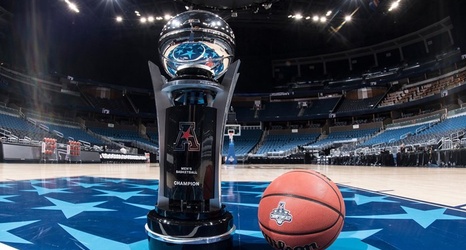 PROVIDENCE, R.I.—The stage is set for the 2020 Air Force Reserve American Athletic Conference Men’s Basketball Championship, to be held March 12-15 at Dickies Arena in Fort Worth, Texas. Cincinnati, Houston and Tulsa all tied at 13-5 in league play to share the regular-season championship.