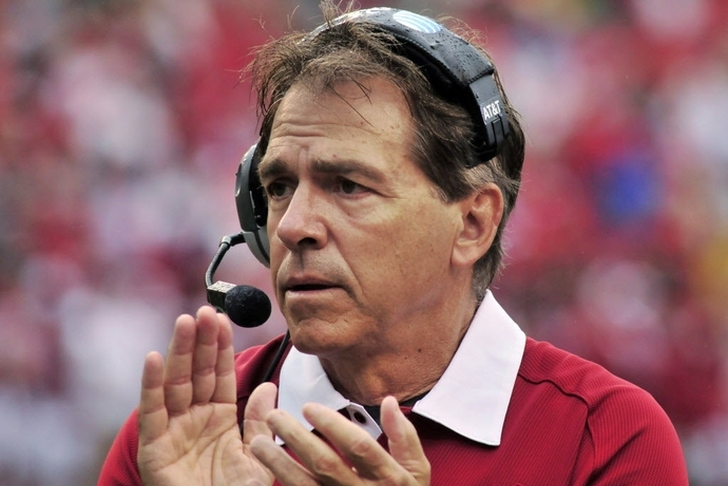 The Alabama Crimson Tide are in the process of putting together yet another great recruiting class under Nick Saban. The Crimson Tide already have several players committed, but they aren't done yet. They're making a strong push during the last month of recruiting as we head towards National Signing Day on Wednesday, Feb. 3. Here's all the latest news and rumors you need to know for Alabama football recruiting.

Multiple Top Prospects Visiting This Weekend
Alabama has a full contingent of players visiting this weekend. SB Nation has the full list, and it's full of top-notch talent. Among the players coming this weekend are five five-star recruits. They are LB Ben Davis, athlete Mecole Hardman, LB Lyndell Wilson, athlete Demetris Robertson and LB Mique Juarez. There's more on the recruitment of these players inside the Chat Sports Android and iPhone app.

"Last night Coach (Tosh) Lupoi sent me a list of why you should play for Alabama and stuff like that," Juarez said. "He’s been on me a lot. It just shows (a lot). That’s a pretty far place to travel to California from and recruit a football player. So I take that into consideration. It just shows they really want you and they really need you. That just shows a lot about Alabama and what they’re trying to do."

Alabama isn't among Juarez's two finalists (Ole Miss and UCLA), but that could change with his official visit this weekend. For more on Juarez's recruitment, check out the Chat Sports Android and iPhone.

"The heat’s been on," Myricks said. "I think that those guys have made it known to me and my staff and Michail and his family that he’s a highly sought after tackle for Alabama. I guess that was evident in the fact that Coach Saban was here yesterday, also. Michail is one of those kids that both programs would love to have."

Those two programs Myricks mentioned are Alabama and Georgia. They are the front-runners to land Carter. The Chat Sports Android and iPhone app has more on Alabama football recruiting news.