What We Learned From Alabama's 51-3 Win Over Mississippi State 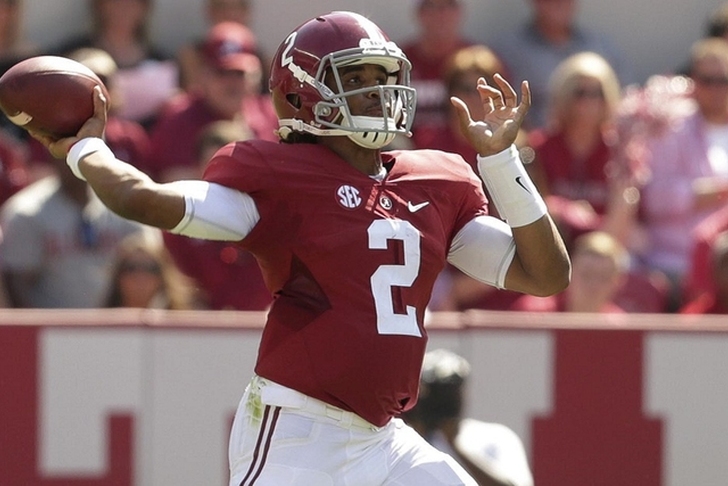 The Alabama Crimson Tide were coming off arguably their biggest win of the season over LSU last weekend, but showed no signs of slowing down against Mississippi State, beating them 51-3. It was another dominant win by the Tide as we approach the last few weeks of the season. Here are three things we learned from the game:

3) You're not going to catch Alabama sleeping
This was the perfect trap game for the Tide. They have traditionally struggled the week after playing LSU, and Mississippi State appeared to have found their stride after dominating Texas A&M last weekend. However, Alabama wasn't about to let that happen. They started as fast they have all season, building a 24-0 lead just 20 minutes into the game.

Let this be a lesson to the rest of the teams in the country - you need to bring your best against Alabama, or they will be blowing you out before you can blink.

2) Jalen Hurts still has some growing to do
We all know how productive Hurts has been this year. He has killed opponents on the ground, and has been able to do just enough throwing the ball. The Alabama coaching staff tried to do work on his downfield passing skills early in this game, and Hurts really struggled with that, throwing most of his incompletions and lone interception on downfield throws.

Once Alabama switched back to their short passing attack after that interception, Hurts flourished and finished 28/37 passing for 347 yards and four touchdowns (along with 100 rushing yards and another score). It seems like the Tide will stick will that short passing attack for the rest of the season, relying on their playmakers to make plays in space instead of having Hurts throw it 20+ yards in the air down the field.

1) You REALLY can't run on this defense
Mississippi State came into this game averaging 227 rushing yards per game - including 365 yards against a good Texas A&M defense last week. We knew they would give the Tide a tough test, but once again, this defense passed with flying colors. They have up just 94 yards on the ground (including just 45 in the first three quarters), and only allowed 274 total yards on the game. Alabama doesn't care how good you are - they're not going to let you run it.