What We Learned From Alabama's 49-30 Win Over Arkansas 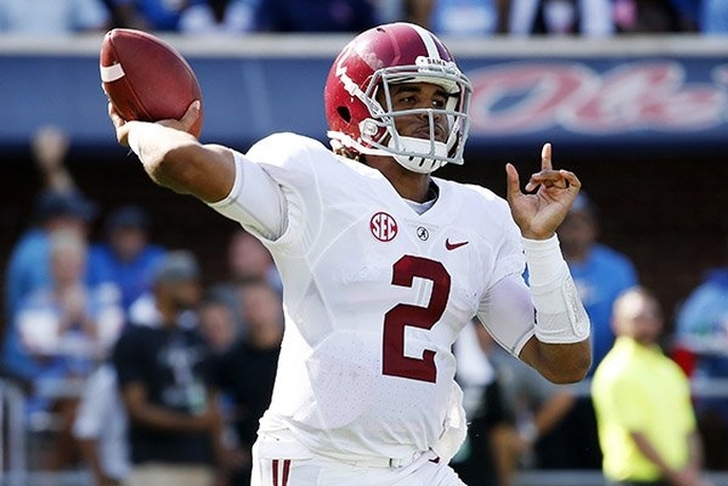 The Alabama Crimson Tide got a big lead early and dominated Arkansas from start to finish on their way to a 49-30 win over the Razorbacks. It was an impressive win for Alabama, who kicked off their toughest four-game stretch of the season with this contest. Here is everything we learned from the win:

3) Alabama's defense keeps the scoring going
The Tide had scored five defensive touchdowns coming into this game, and they kept the scoring momentum going with these two scores:

This unit will not only get after you, but they will put points on the board - making it that much harder to beat this team.

2) Damien Harris has emerged as the lead back
Alabama has taken somewhat of a running-back-by-committee approach to the season as Harris, Bo Scarbrough, Joshua Jacobs and B.J. Emmons have all split carries, but it's clear that Harris is the lead back of the group. He had 13 carries against Arkansas - twice as many as anyone else - which went for 122 yards. The coaching staff also loves the dimension he gives them in the passing game, where he caught two passes for 60 yards and a touchdown.

All four of those backs will still get carries, but it looks like Harris will get most of the workload going forward.

1) Jalen Hurts is getting better and better
What can't this true freshman do? Calm, cool and collected, Hurts is proving to be a very efficient passer that is getting better every single game. He completed 13 of his first 15 passes (before finishing with two incompletions) for 253 yards and two touchdowns, taking this offense up and down the field on every single drive. Oh yeah, and he showed his athleticism too, picking up two rushing touchdowns on the ground. As Hurts continue to grow and improve, Alabama will only become more and more dangerous - and that's awful news for the rest of the country.