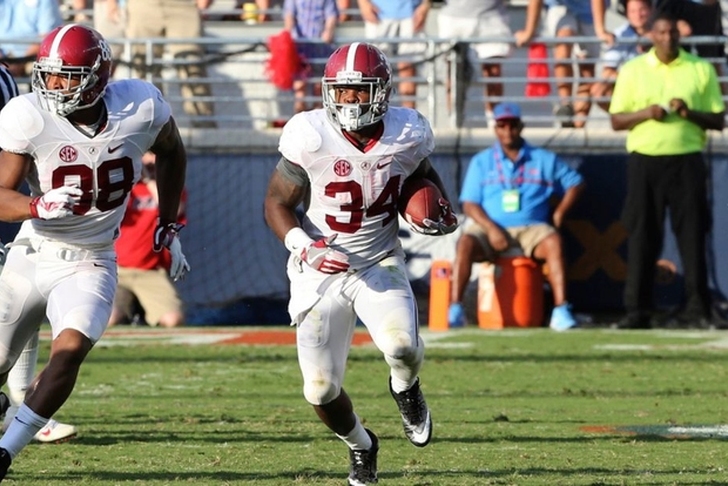 The Alabama Crimson Tide started slow, but used a dominant second half performance to pull off the convincing 33-14 win over Texas A&M. It was Alabama's fifth win of the season against a ranked team, including the second against a top 10 team. As the Tide prepare for an off week, here are the three biggest things we learned from the game:

3) Need to work on red zone efficiency
Alabama could have put this game away in the first quarter, but kept having to settle for field goals. As a result, after three drives that went inside the 20, the Tide led just 6-0 instead of 21-0. Their defense stepped up and saved the offense for that inefficiency, but that's the kind of thing that other teams might be able to take advantage of and upset Alabama.

2) This defense is historic
We say it every week, but WOW, this defense is amazing. For starters, they stonewalled this high-flying Texas A&M offense, limiting them to just 278 yards. Then, they extended their non-offensive touchdown streak to 10 straight games.

This unit has now scored 12 touchdowns this season, and have only given up 13 to opposing offenses. What they're doing is unreal and unprecedented - and it's a lot of fun to watch.

1) Don't abandon the run
Alabama's offense is already centered around the run, but they need to use it even more. When the Tide's offense stalled late in the second and early in the third quarter, offensive coordinator Lane Kiffin essentially abandoned the run and called strictly passing plays. It's obviously important to continue to mix it up and utilize the weapons they have at receiver, but disregarding the run game for a period of time isn't how this offense moves the football. Don't be afraid to be boring with the playcalling if you're getting yards consistently.