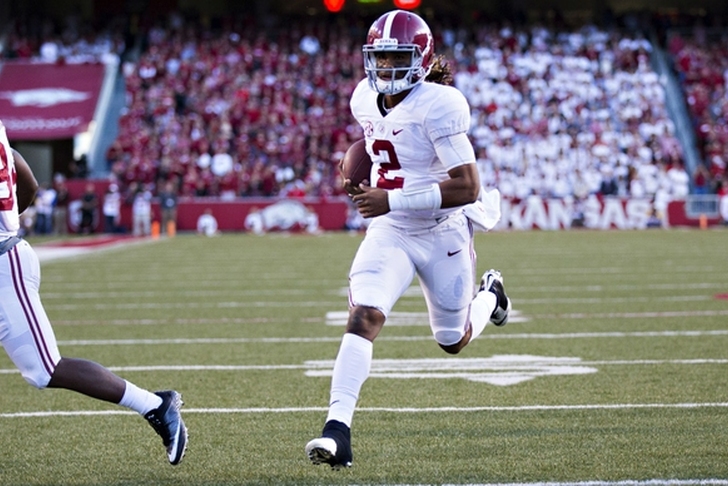 It was another defensive slugfest between the Alabama Crimson Tide and the LSU Tigers, but Alabama managed to get their sixth straight win in the series with a 10-0 victory. The game was scoreless until the fourth quarter, giving us another classic in this rivalry series - and another Alabama hero.

Freshman quarterback Jalen Hurts had struggled in the first three quarters of the game, but turned it on in the fourth quarter, culminating in this 21-yard TD run that proved to be the winner for the Tide:

Hurts finished just 10/19 passing for 107 yards and an interception, but rushed for 114 yards and that touchdown on 20 carries.