WATCH: Every Alabama Touchdown From The Crimson Tide's 30-12 Win Over Auburn 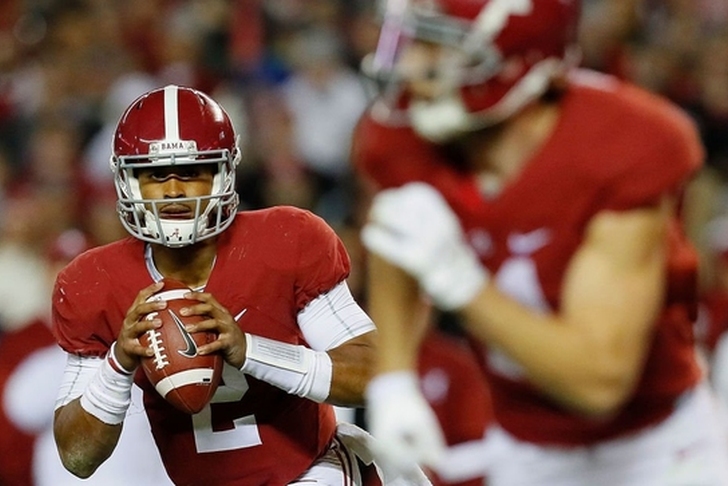 For the third straight year, the Alabama Crimson Tide have won the Iron Bowl. The Tide rolled past the Auburn Tigers 30-12 Saturday, as the Alabama defense totally shut down Auburn. The Tigers had just 182 yards of offense in the loss.

Check out every Alabama TD from their win below.

Tied at 3-3 late in the first quarter, Jalen Hurts and Damien Harris gave Alabama a lead they wouldn't give up. Hurts hit Harris in the flat for a 17-yard TD.

Up 20-9, Alabama put the game away when Hurts hit ArDarius Stewart for a 38-yard TD on fourth down.

Both teams would add a field goal to make it 30-12 and that would be the final score.

All videos are from the Every Alabama TD Facebook Page.