WATCH: Every Alabama TD From The Crimson Tide's 49-10 Win Over Tennessee 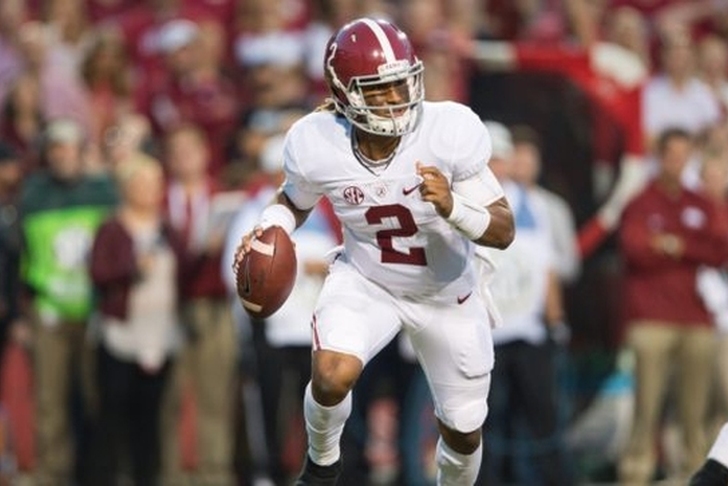 The Alabama Crimson Tide have had plenty of big wins this season, but this might was the most impressive victory yet for Nick Saban's squad. Alabama rode a dominant defensive performance and got a big game from quarterback Jalen Hurts on their way to a 49-10 win on the road over Tennessee. Here is every touchdown the Tide scored in their 10th straight wins over the Vols:

ArDarius Stewart got things started with a 29-yard touchdown run.

Hurts scored his first touchdown on this 45-yard TD run.

Hurts punched it in again from 2 yards out.

Hurts did it again, this time for the 1-yard TD run.

Eddie Jackson returned this punt 78 yards for the touchdown.

Bo Scarbrough put the exclamation point on the win with this 85-yard rushing TD.