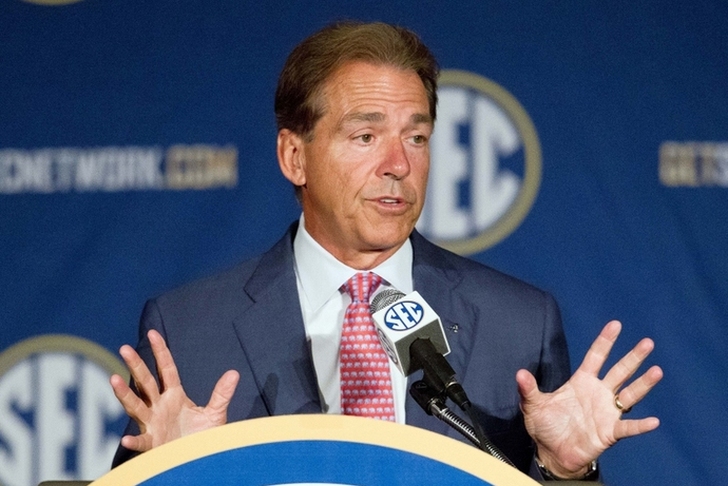 Alabama Crimson Tide head coach Nick Saban went on the SEC Network today and got into a heated discussion with ESPN's Paul Finebaum. The disagreement centered on the arrests of offensive tackle Cam Robinson and cornerback Laurence Jones earlier this offseason. The duo were charged with marijuana possession and Robinson charged with illegal possession of stolen guns. However, the chargers were later dropped.

Finebaum asked Saban why he didn't discipline the players and that did not sit well with Saban.

Did Paul @Finebaum strike a nerve with Nick Saban on the Cam Robinson situation? Watch:https://t.co/BySCqTJbB2

But after the segment ended, Saban didn't stop ripping into Finebaum. According to AL.com, Saban went on a "four-letter tirade" against Finebaum and hinted that the arresting officers were LSU fans, although it did end with laughter from the group. An audio-less video of the exchange is below.

But even that wasn't the end of the debate between Finebaum and Saban.

As with the previous video, what is said between Saban and Finebaum can't be heard. If any of the videos are released with audio, we'll update this story.