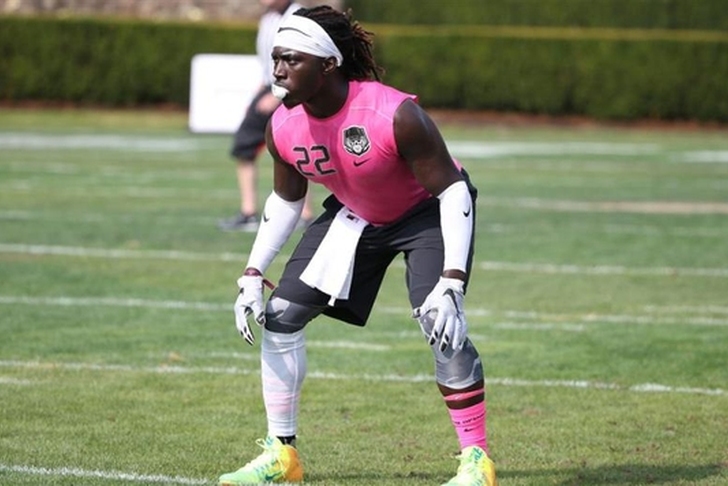 The Alabama Crimson Tide just put the finishing touches on another top recruiting class in 2016, and head coach Nick Saban and his staff have already turned a large majority of their attention to the 2017 class. Here are the top seven prospects that Alabama is targeting in the 2017 recruiting class:

Michigan might be the early favorite to land the Brooklyn native, but Alabama has been recruiting him hard for the past year and have appointing Mario Cristobal to be his personal recruiter. Expect his interest in the Tide to go WAY up in the coming months.

6) Deangelo Gibbs, CB
Gibbs hails from Loganville, Georgia which is why the Bulldogs are currently the front-runner for his services. As with most of the players on the list, he holds offers from most of the big-time programs - including Alabama.

5) Jeffrey Okudah, S
The nation's top safety hails from Texas, but it's Baylor who is the top Texas team in the mix for his talents. The Bears and Alabama are at the top of the list, but that might change as the recruiting process continues.

4) Marvin Wilson, DT
The top player from Texas is also the No. 1 DT in the nation, and Texas Longhorns are the current favorite to land Wilson. Alabama, LSU, Florida State, and Oklahoma are recruiting Wilson hard and he is racking up the scholarship offers.

3) Darnay Holmes, CB
Holmes can also play WR, but will likely play corner in the NFL and wants to play there in college. He's the top one in the nation and the No. 2 overall player from California. Stanford is currently the front-runner to land Holmes, but once again, the lure of playing for Alabama has the Tide firmly in the mix.

2) Najee Harris, RB
The nation's top running back is from California, but committed to Alabama in April 2015. At 6-foot-2, 220-pounds, he could be the next great Alabama running back. The Chat Sports Android and iPhone app is the best source for recruiting news and updates.

1) Dylan Moses, LB/RB
Moses, the top overall recruit in the 2017 class, is from Florida, but only because he recently moved. He was at University High in Baton Rouge, but reportedly switched to IMG Academy, in part because University High didn't allow early enrollees. The LB was once a LSU commit, but now has Alabama at the top of his list.