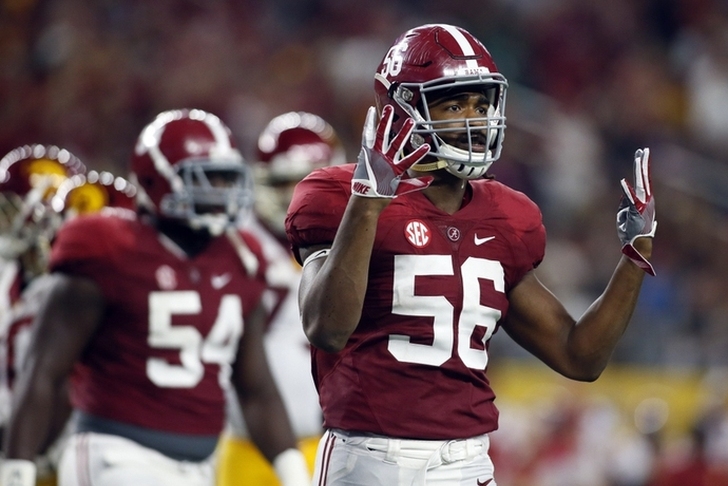 Alabama linebacker Tim Williams was arrested for carrying a pistol without a permit early Thursday morning , according to Matt Zenitz of AL.com:

Williams is viewed as one of the best pass-rushing NFL prospects in college football. He is ranked as the fifth-best overall prospect in ESPN draft analyst Mel Kiper Jr.'s latest big board.

He has recorded six tackles, 1.5 sacks and a forced fumble in four games so far this season.