Who are the other big weapons on LSU’s offense? 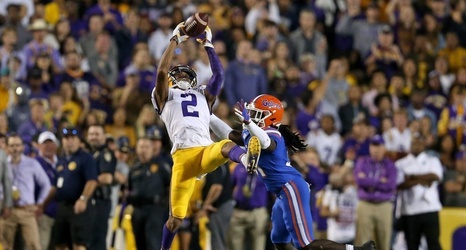 For the past two weeks, Joe Burrow and Tua Tagovailoa have dominated the conversation among the mainstream media outlets and for good reason. Both are Heisman Trophy candidates, both are potential top picks in the 2020 NFL Draft and both are gunning for a trip to the college football playoff. Yet neither one of them could have had the success they’ve had without help from their other offensive stars.

Alabama’s offensive firepower has been well documented throughout the season. Everybody knows names like Jerry Jeudy, DeVonta Smith, Najee Harris and Henry Ruggs but who are the ones that will be lining up against the Crimson Tide’s defense?