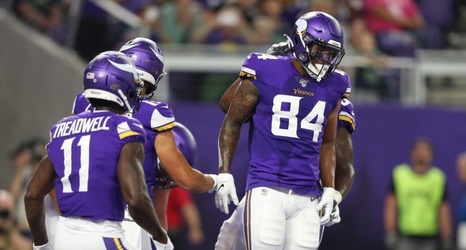 Another alumnus of the University of Alabama made its presence felt in preseason action for the National Football League. After Mack Wilson took an interception back for a touchdown for the Cleveland Browns, tight end Irv Smith Jr. recorded his first touchdown for the Minnesota Vikings.

A native of New Orleans, La., Smith was taken in the second round (No. 50 overall) by the Vikings in this year’s draft. The 6-foot-2, 242-pounder put together a smooth performance at the NFL Scouting Combine — clocking a 40-time of 4.63 seconds, displaying a 32.5” vert and maneuvering through the gauntlet drill with ease.