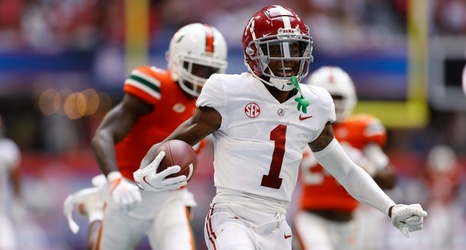 He got selected at No. 12 overall by the Detroit Lions in this year’s NFL Draft. Williams is expected to make his NFL debut in December for the Lions against the Jacksonville Jaguars, but Lions’ fans saw a pleasant sight on Thanksgiving in pregame for its matchup against the Buffalo Bills. Williams executed a few deep routes with quarterback Jared Goff and caught some passes.