WATCH: How much production could Jahleel Billingsley have next season for Alabama? 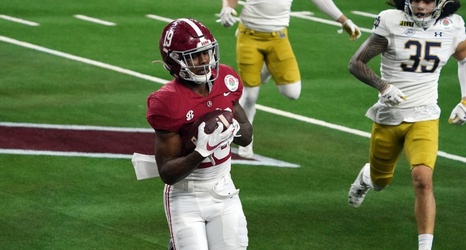 Whether it at Penn State, New England Patriots, or Houston Texans, he produced success at both spots.

At the University of Alabama, fans want to see tight ends get more love. The Crimson Tide featured O.J. Howard, Irv Smith, and Miller Forristall in recent years; however, its play-calling has not targeted the group consistently.

Alabama went to Howard when it was most convenient. Forristall made plays, but he was not one of the primary targets. During the last seven games of the 2020 season, Jahleel Billingsley came alive.