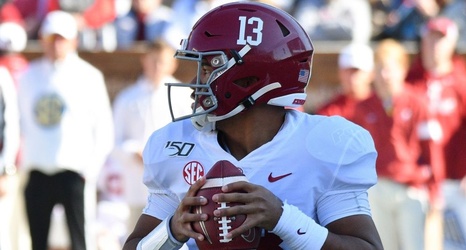 He will have a documentary on Fox Sports, but Tua Tagovailoa is focused on winning in the National Football League.

After entertaining fans of Alabama football for three years and winning a national championship, he was taken at No. 5 overall by the Miami Dolphins in this year’s NFL Draft. The native Hawaiian will return to playing competitive football for the first time since dislocating his right hip versus Mississippi State in 2019. Despite missing the remainder of the season, he has worked his way back to full strength and can potentially start for the Dolphins.

A video was posted to Twitter on Wednesday of Tagovailoa attempting his first pass at training camp.