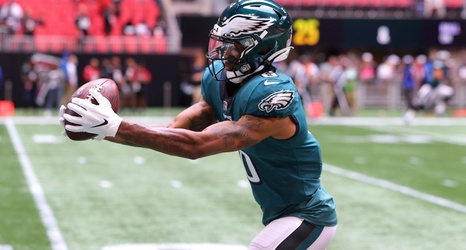 We saw the style of his suits at the University of Alabama, but DeVonta Smith is opening more of his personality in the National Football League. He caught his first touchdown for the Philadelphia Eagles last week against the Atlanta Falcons, helping the team capture a 32-6 victory at Mercedes-Benz Stadium. Some things never change, as Smith has owned the venue in Atlanta.

As the Eagles celebrated in the locker room, Smith was spotted doing the “Smitty Shimmy.”

Listen in to Coach Sirianni in the locker room after his first NFL victory.