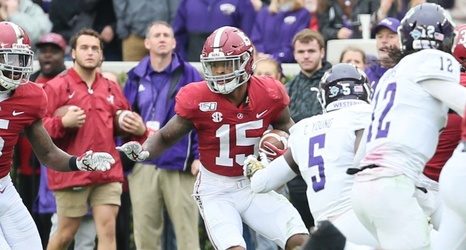 After getting a victory over Western Carolina at home, the University of Alabama had media availability for four student-athletes on Monday. The Crimson Tide now turns its attention to its in-state rival for the Iron Bowl. Auburn, who enters the matchup at 8-3, have one of college football’s best defensive lines. With names such as Derrick Brown, Marlon Davidson, Tyrone Truesdell and Big Kat Bryant, the Tigers have 26 sacks and allow just 16.2 points per game.

No one has reached 30 points on its defense and it held a high-flying LSU offense to its lowest output of the season, 23 points.