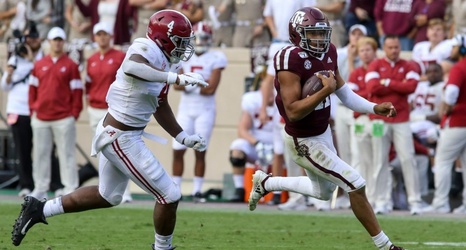 Much like his teammate, Ale Kaho, the toughest challenge for football players at the University of Alabama is catching up on aspects you have missed. While one linebacker had personal matters to resolve, injuries have forced another talented student-athlete to play catch up.

The offensive side of Alabama’s 2017 signing class has been spectacular.

Even though fans would like to see more toughness in Najee Harris’ running style, what he provides in the passing game with Tua Tagovailoa and the trio of Jerry Jeudy, DeVonta Smith and Henry Ruggs III at receiver is killing opposing defenses. When it comes to defensive players from the class, injuries to Dylan Moses (knee), LaBryan Ray (foot) and Markail Benton (hamstring, playing) along with VanDarius Cowan and Kyriq McDonald transferring hurts.