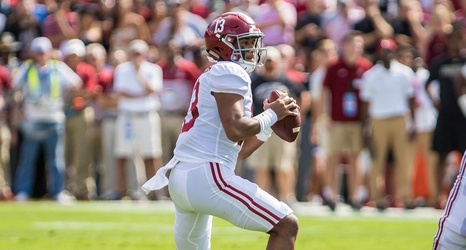 The football field won’t be the only place you can catch Tua Tagovailoa this fall.

The former Alabama quarterback’s journey to the NFL will be shown on the small screen in the form of a documentary made by Fox Sports as a part of its MAGNIFY series.

Included in the film is an inside look at the Tagovailoa family, his decision to enter the NFL Draft as well as his journey back from injury.

“I’m excited about this film for a variety of reasons, but mainly because it represents the deep love and appreciation that I have for my culture, my faith and, more importantly, my family,” said Tagovailoa in a release from Fox Sports.