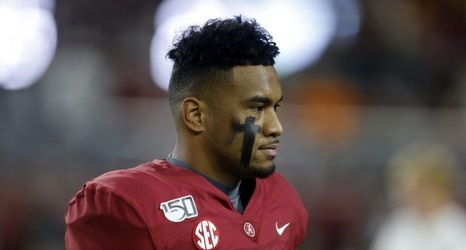 With some scratching their heads on how far Alabama can go with a backup quarterback, but on Monday Tua Tagovailoa’s hip injury has brought up another interesting conversation on a different topic.

Darren Rovell of The Action Network reported on Monday that the insurance Tagovailoa received from the University of Alabama does not include a loss-of-value policy. This means that he will not be protected from losing millions of dollars if his draft value drops off.

More specifically a player will be able to collect a certain percentage of however much money was lost depending on where in the draft said player is projected to be selected.