Tua Tagovailoa: Tough to pass on draft if top 10-15 pick 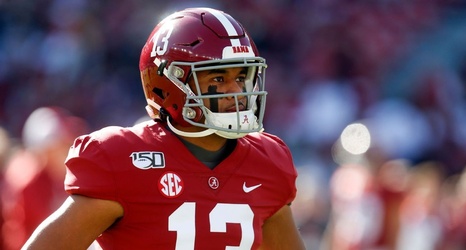 TUSCALOOSA, Ala. -- Alabama quarterback Tua Tagovailoa said he'd be tempted to enter the NFL draft if he were a top-10 or top-15 pick instead of returning to school for his senior season.

"I think that'd be tough to pass up," he said. "But there's a lot more to it than that in some aspects."

The NFL College Advisory Committee, which provides feedback on underclassmen interested in entering the draft, only has three grades: potential first-round pick, second-round pick, or neither. But he could solicit more specific feedback from other sources.