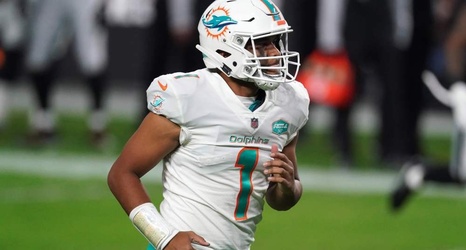 In the second quarter of the Dolphins’ Thursday Night Football matchup against the Bengals, quarterback Tua Tagovailoa sustained a frightening head injury when he was sacked at midfield.

Tagovailoa was taken off the field on a stretcher and would be taken directly to the UC hospital for further evaluation. Following the game, Tagovailoa was released and allowed to rejoin the team for its trip back home.

“I want to thank everyone for all their prayers and support since the game last night,” Tagovailoa said on social media. “It was difficult to not be able to finish the game and be there with my teammates, but I am grateful for the support and care I’ve received from the Dolphins, my friends and family, and all the people who have reached out.