Tua Tagovailoa explains how Alabama prepared his confidence for the NFL 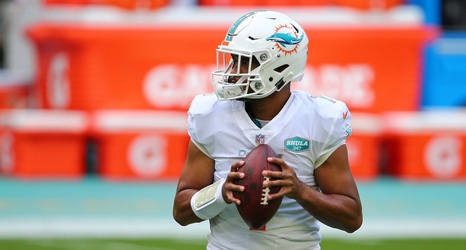 Tua Tagovailoa is growing into a vocal leader for the Miami Dolphins.

He has never been much of a talker in his football career, but he feels more comfortable as Mike McDaniel allows the Hawaiian to let his personality out. Tagovailoa has been a five-star recruit, a conference champion, a national champion, a Heisman Trophy finalist, and a first-round draft pick. He now wants to silence all doubters who criticize his arm talent and athletic capabilities.

The episode with Tagovailoa on Tyreek Hill’s podcast “It Needed To Be Said” aired on Thursday.

Tagovailoa explained how football at the University of Alabama prepared his confidence for the National Football League.