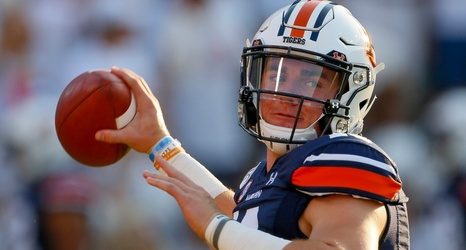 This year’s Iron Bowl might have a sell-out crowd at Jordan-Hare Stadium.

Auburn University is doubling down on its statement of not fearing the University of Alabama. Tony Fair, a transfer from UAB, started the conversation on Twitter. The new defensive lineman posted a video with the caption: “We are coming to take the head off the elephant.” At SEC Media Days, Bo Nix continues the topic in front of reporters at the Hyatt Regency-Wynfrey Hotel.

The junior quarterback said the ‘Tigers are not scared of Alabama.’

“I know that a lot of people want us to be scared, but we’re really not,” Nix said.