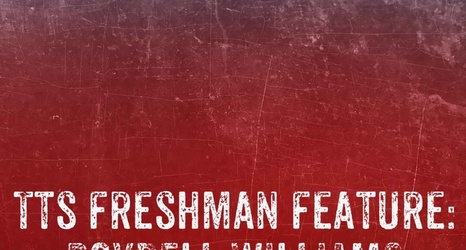 We are just one week away from Alabama kicking off their 2020 season against the Missouri Tigers, in Columbia. Here at TTS, we wanted to give the fans a little feature on a freshman who has made some noise throughout fall camp, but maybe hasn’t received the recognition that fellow freshmen Will Anderson, Bryce Young, Brian Branch, or Malachi Moore have. Today we will look at Roydell Williams.

Roydell came to the capstone as a consensus four star from Hueytown, Alabama. Williams was first team all state in both his junior and senior years of high school. Roydell did not attend any of the camps that a lot of highly touted prospects do and had he, I believe Williams might have competed for the number one rated running back ranking in the 2020 class.