This spring will be pivotal for Taulia Tagovailoa at Alabama 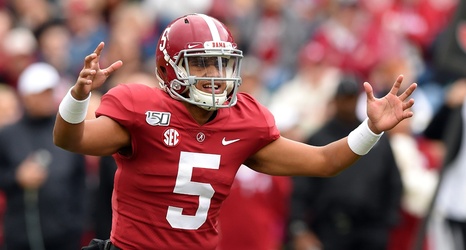 He now has to quickly become his own man.

Since childhood, he has been stuck in the glow of his older brother. After watching guys like Trent Dilfer (Elite 11) train his elder sibling, he witnessed his brother come off the bench as a freshman in the 2018 College Football Playoff National Championship Game for Alabama versus Georgia and toss for three scores – including a 41-yard, game-winning strike in overtime.

He observed him being a runner-up to the Heisman Trophy, collect All-American honors and change the perception of Crimson Tide football in 2018. However, his brother has now been called to a different path and Taulia Tagovailoa enters his second year at Alabama this fall.