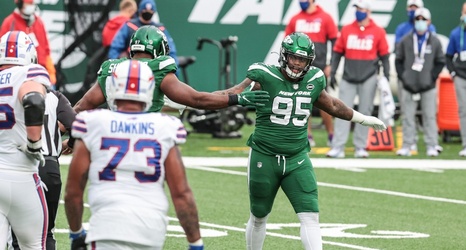 Of the ambassadors for Alabama football, Quinnen Williams is the one who brings the most laughter.

He is a big child at heart and it is hard to turn away from the joy he brings. On the field, the Birmingham (Ala.) native is a monster at defensive tackle. However, he is someone that keeps teammates and coaches smiling off the field.

Williams might become an actor upon the end of his playing career, as he starred in a hilarious Tide jersey swap commercial with Peyton Manning. The two-time Super Bowl champion and the No. 3 overall pick of the 2019 NFL Draft had a bunch of humorous moments with each other.