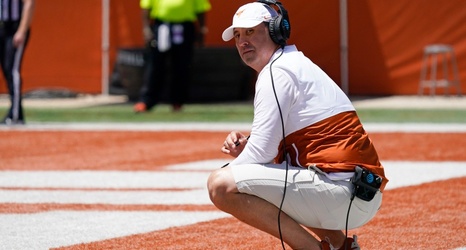 Before the University of Texas begins its athletics in the Southeastern Conference, one of its Big 12 peers decided to take a hilarious jab at the Longhorns’ football program.

Lois Kolkhorst, a senator in Texas, conducted a meeting on the future of college sports in Texas. Jay Hartzell, president of UT, was present and provided Kolkhorst with numbers on the school’s athletic budget. Despite its football team not having relevancy since Colt McCoy in 2009, Hartzell was proud to state the budget is between $220 to $225 million. He said the number places Texas in first nationally; however, Kolkhorst’s response was hilarious.