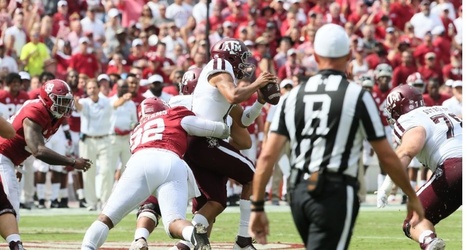 Before the season started, many in the press, including myself, thought that Texas A&M would be a good team this season, but saddled with the schedule they have they would struggle.

Now that the Aggies have played almost half their games, it’s pretty clear they aren’t quite the good team that many thought they’d be and these are the key reasons.

Week one they played the Texas State Bobcats from San Marcos, Texas, yes, I’d never heard of them either. They beat them as would any SEC team as this was an embarrassing cupcake game.

They played a great team week two, Clemson, and unlike the game they played them last year, this year’s contest wasn’t even close and they just got flat freight trained.