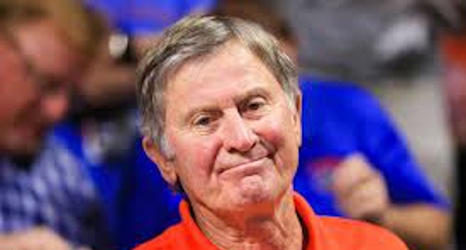 He has not been the head coach of Florida Gators since 2001, but Steve Spurrier wants the smoke when it comes to Alabama.

During his 11 seasons with the Gators (1990-01), he faced the Crimson Tide nine times. Spurrier was 6-3 against Alabama; however, the Tide defeated him twice in 1999. Dan Mullen has not fared well against Nick Saban. He struggled against him at Mississippi State and lost to him last year at Florida. The Gators came up short in the SEC Championship Game versus Saban.

Despite the Tide reloading on talent, Spurrier and Shane Matthews do not see Alabama handling Florida at Ben Hill Griffin Stadium.