Southern Mississippi carries an ‘SEC defense,’ according to Nick Saban 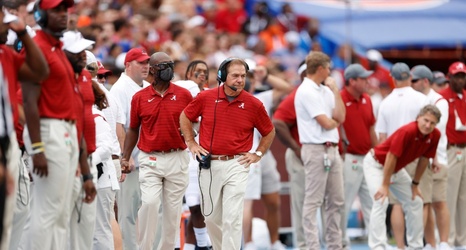 Alabama took lessons from its home opener against Mercer.

The Bears played with discipline, and its offense scored 14 points. Defensively, Mercer had Alabama’s offense struggling until a blocked punt for a touchdown on special teams got it going. Coach Nick Saban returns to Bryant-Denny Stadium on Saturday to face Southern Mississippi. He wants the fans to bring the “Alabama standard” with their support; however, he also does not want players looking ahead to Ole Miss. During Thursday’s airing of “Hey Coach,” Saban spoke about the defense of the Golden Eagles.