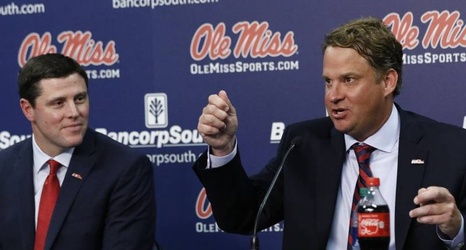 Lane Kiffin reportedly hasn't forgiven Alabama head coach Nick Saban for the way he was ousted in January 2017. One way he may seek revenge is by poaching Saban's coaches for his staff at Ole Miss after being named the school's head football coach over the weekend.

According to Aaron Suttles of The Athletic, "That dismissal fueled Kiffin's desire to return to the SEC and a burning passion to exact revenge on Saban, multiple people with knowledge of the matter toldThe Athletic."

As for the coaches he'll reportedly be pursuing, Suttles reported, "In his biggest coup attempt, Kiffin offered Alabama strength and conditioning coach Scott Cochran an on-the-field coaching position to try to steal him from Saban.