Relax Alabama fans, Jahleel Billingsley will figure it out with Nick Saban 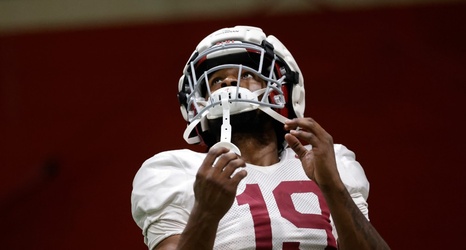 Alabama has twelve practices left in fall camp, and fans are worried about one player.

Jahleel Billingsley has an incredible opportunity this season. As a junior, an impactful campaign could land him a first-round draft value for 2022. He is coming off a productive sophomore year, especially in the last seven games. Billingsley caught 18 passes for 287 yards with three touchdowns. His scores came on big plays versus LSU, Auburn, and Notre Dame, as he helped Alabama secure a national championship. The 6-foot-4, 230-pounder had a great spring, unfortunately, he appears to be in Nick Saban’s doghouse during fall camp.