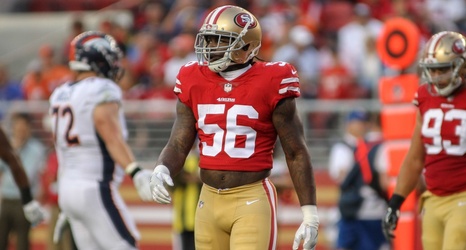 After suffering from two torn ligaments in his knee and missing the entire 2019 season, Reuben Foster is in a tough spot with the Washington Redskins. His fifth-year option was not picked up by the team via Les Carpenter (Redskins reporter for Washington Post), which means he will be an unrestricted free agent after this season.

Foster was a first-round selection (No. 31 overall) to the San Francisco 49ers in the 2017 NFL Draft, following a prolific collegiate career.

His first year was strong, as he totaled 72 tackles with seven stops for loss through 10 regular season games.