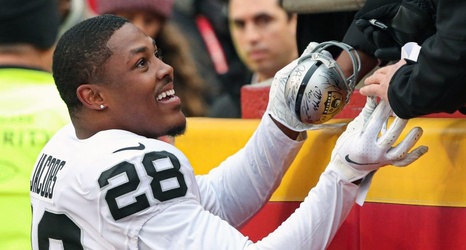 It is going to be very difficult for the National Football League to award its Offensive Rookie of the Year to someone other than Josh Jacobs. After winning the hearts of Alabama fans, the Oklahoma native has shown that Mike Mayok and John Gruden still have game left in them.

Oakland took Jacobs at the No. 24 pick of this year’s draft and he has done some special things in his first season.The former three-star has the Raiders at 6-6, with an opportunity to clinch a playoff berth if it wins out and gets some help. Despite a 40-6 loss on Sunday to the Kansas City Chiefs, Jacobs recorded his fourth 100-yard rushing performance of the year.