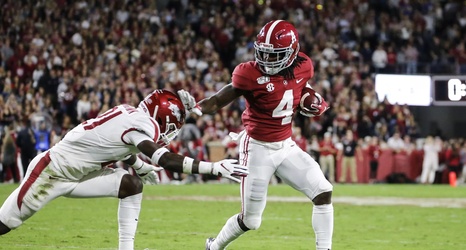 Game of the Century Part 136 (or whatever number we’re on by now) will look a lot different than the one in 2011 that ended 9-6. While both offenses were averaging over 30 points per game that year, it was a defensive slugfest. This year looks likely to be a shootout.

As Brent covered last week, LSU has a potent receivers. LSU is averaging 46.8 points per game, good for fourth in the country. Their passing offense? Second in the country with 377.8 yards per game. The Tigers can score.

Of course, so can Alabama.