Poll: What’s The Greatest Play In Alabama Football History? Round 2-Stallings Bracket 1 vs. 5 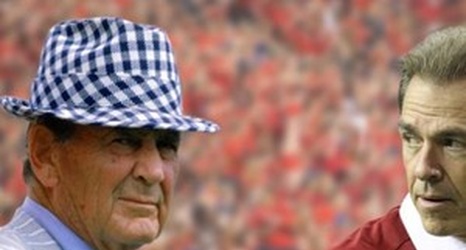 What’s the greatest play in Alabama football history? The question has never had a definitive answer – until now.

We’re taking the debate out of the barrooms and asking you to decide. Each day we will unveil the next match-up in one of our four brackets – Bryant Bracket, Saban Bracket, Stallings Bracket and Thomas Bracket. (The plays don’t necessarily come from that era, in particular because there’s not a lot of YouTube clips from the Thomas era.)

Come back each day and log your vote to see who moves on to the next round, and ultimately help crown the Champion Play of Champions.