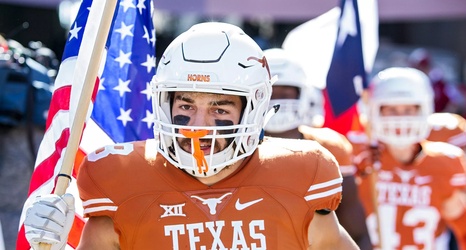 Let’s skip the foreplay and go in dry:

The Big 12 is playing football this fall. It surprised some, and it should not have. Commissioner Bob Bowlsby has been on the record for months saying that not only would the Big 12 play, but that they would have a full season — and indeed, would be bumping up the beginning of their season.

Nothing done by administrators in Columbus or Ann Arbor or Tucson or Eugene mattered, in the end. And, really, given the regional nature of the virus, the dozens of separate state-level responses, the already endemic spread, and the multifarious conference testing and sheltering protocols in place, should it have?