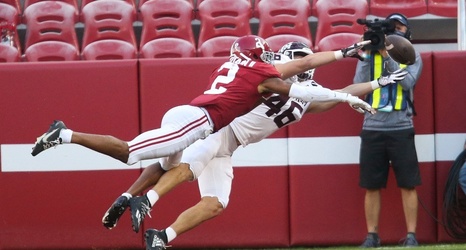 On Tuesday it was announced that Alabama defensive back Patrick Surtain had been named the SEC Defensive Player of the Year for the 2020 season.

Surtain has been the questioned leader of an Alabama secondary that has seen four new starters and has had success against some of the best receivers in the country.

On the season Surtain has totaled 32 tackles, 10 pass deflections and one interception which was returned for a touchdown.

He is now the sixth member of the Crimson Tide and first defensive back to be honored as the conference’s top defender since the year 2002 as he joins Demeco Ryans (2005), Rolando McClain (2009), C.