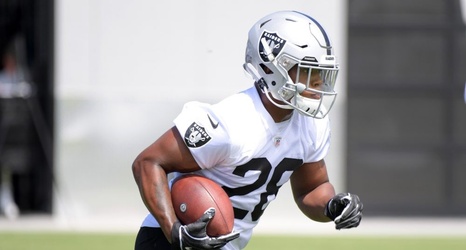 His story brought tears to the eyes of many, but his game has taken the National Football League by storm.

Despite growing up homeless in Tulsa, Okla., Josh Jacobs used his circumstance as motivation to provide a better life for his family as well as himself. Without starting a full season at the University of Alabama, the former three-star dominated the collegiate game.

After ending his career as a fan favorite, Jacobs would be selected at No. 24 overall by the Oakland Raiders (now Las Vegas Raiders) in the first-round of the 2019 NFL Draft.

He turned in an incredible rookie season under Jon Gruden, becoming the first rookie in franchise history to total a 1,000-yard campaign at running back.