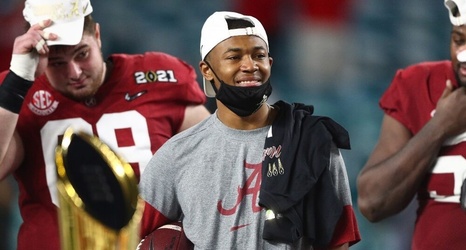 DeVonta Smith’s final run with the Crimson Tide has been filled with impressive games and numerous accolades. One of those awards was even college football’s top individual prize in the Heisman Trophy, which hadn’t been won by a receiver since Desmond Howard in 1991.

But former Alabama player OJ Howard has a different idea for how to honor Smith’s historic season.

He’d want Smith to become the first Alabama to get his own statue.

Based on what Smith has accomplished this season, a statue may, in fact, be warranted.