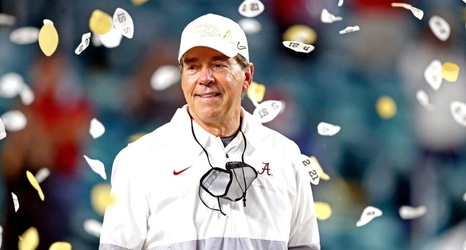 Saban captured the award shortly after he surpassed the legendary Bryant with his 7th national championship win over Ohio State on Monday.

Saban, who won the Bryant Award in 2003 at LSU, joins former Alabama head coach great Gene Stallings (1992) as past Crimson Tide award receipts. This season, Saban led the Crimson Tide to a perfect 13-0 record after securing his sixth national championship in 14 seasons at Alabama on Monday night, thanks to a 52-24 victory over Ohio State.