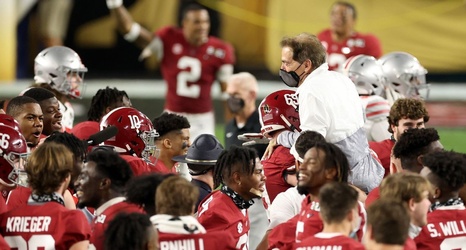 Alabama coach Nick Saban on Wednesday was named the winner of the Paul "Bear" Bryant Coach of the Year Award for the 2020 season.

It's the second time he has won the national honor in its 35-year history, and the first time he has done so at Alabama. He also won in 2003 while he was at LSU.

Saban led the Crimson Tide to a 13-0 record and a win in the College Football Playoff National Championship on Monday over Ohio State. It is his sixth national title in 14 seasons at Alabama and his seventh overall.