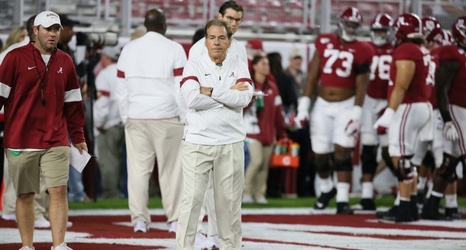 Tennessee’s head coach, Jeremy Pruitt gave Alabama a physical contest on last week, but the Crimson Tide emerged with a 35-13 win. Nick Saban recapped the matchup on Monday at the Mal Moore Athletic Facility in front of local reporters and while he was pleased with the toughness his team showed, there are still some more things to clean up for this week.

Will Reichard (hip) appeared to have re-aggravated a prior injury and per Saban, he will not participate against Arkansas.

Despite the issue coming on an attempted punt, the true freshman has not tried a field goal or extra point since the meeting with Southern Mississippi.