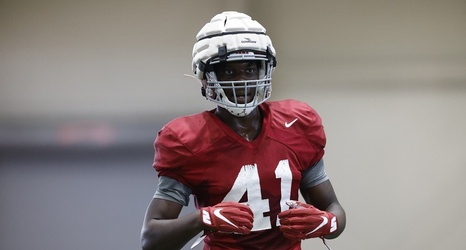 One has become a superstar in college football (Will Anderson Jr.), one transferred to a different school (Drew Sanders), one is still pushing for an opportunity (Quandarrius Robinson), and one is ready to break out this season.

Chris Braswell, a Maryland native, arrived as a five-star like Anderson, Sanders, and Robinson.

Justin Smith, the lead scouting/recruiting analyst for Touchdown Alabama Magazine graded Braswell with one diamond, meaning he had the skill set to be ‘an immediate contributor and game changer.’ It has taken him some time to learn the system and get stronger, but the St.