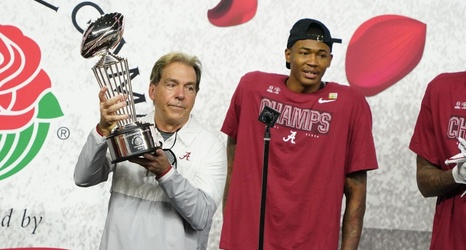 A lot of Alabama football fans where very unhappy about the news of Steve Sarkisian (offensive coordinator) accepting the head coaching position at the University of Texas, especially with the College Football Playoff National Championship Game next week versus Ohio State.

The timing of the situation was horrible, but Nick Saban has always been one that can adapt to anything.

During championship games where he has had a top assistant or primary coordinator take another coaching job, Saban has been successful in winning those matchups on a couple of occasions. In reflecting back to the 2015 season, Kirby Smart was the most coveted assistant on Saban’s staff.